The Rise of Stablecoins in the Cryptocurrency Market

Despite the increased mainstream attention that cryptocurrencies have been receiving in recent times and increased investments in blockchain technology, there are unresolved issues that hamper large scale adoption. High price volatility makes it suitable as a trading asset, but not for a medium of exchange on a day to day basis. Even for simple peer to peer transactions, this poses a challenge, since there is no consistent value of the cryptocurrency being used.

Now, a new class of cryptocurrencies are being developed, that have their value attached to a credible financial asset, such as a basket of fiat currencies, government securities or a precious metal. These are called stablecoins. Could these digital assets solve the core issues of trust and durability in the cryptocurrency industry? Let’s take a look.

Collateralised ones are tied to real-world assets. Most of these right now are backed by fiat currencies, such as the US Dollar. The US Dollar, being the world’s reserve currency, seems like the obvious choice. Other assets include other fiat currencies, commodities, basket of currencies and price indices, like the CPI. Partnerships with a centralised financial body or regulated financial institution is maintained.

This means that a stablecoin is completely redeemable for the corresponding amount of associated assets. These could also be valuable for traders, who would be able to protect their capital against the market volatility of other cryptocurrencies, just to convert them into fiat. Tether is the most prominent example of this class of cryptos.

There are coins tied to other cryptos too. However, these are over-collateralised. This means that a US Dollar pegged crypto might be tied in a 1:1 ratio, but an Ethereum-backed coin would be tied in a 2: 1 ratio. This is done so that the coin can be stable, even with high price volatility. An example of such a coin is Maker Dai.

The other types of stable coins are the algorithmic ones. These are tied to algorithms to decide on their value. They also maintain value and stability through supply control. An example of this is Basecoin.

What Value Do Stablecoins Provide?

This can be seen as the next stage in the digital asset technology. By being tied to real world assets, they could become viable mediums of exchange or stores of value. Right now, many politically sensitive nations are resorting to Bitcoin as a store of value, as their own currency becomes worthless under inflationary pressures. But Bitcoin’s price fluctuates dramatically. Stablecoins could be a relatively low risk investments in this regard. The US-Dollar-backed stablecoin, USD Coin (USDC), has been launched in 85 nations across the world. It could be a source of value for countries like Venezuela and Uzbekistan, with volatile fiat currencies.

Low costs, speed and global reach are other significant benefits. They could be the source of financial access for the unbanked populations. Moreover, users could have significant control over their money, and not get restricted by banking failures or limited bank hours.

Cross border payments could be done at low cost and high speed. For instance, many migrant workers send money home and end up paying high international transfer fees. Although blockchain solutions like Ripple are being developed, stablecoins could make the process much simpler cheaper. The Euro-backed stablecoin, EURS, could help over 120,426 refugees on European shores, as of December 16, 2019.

These coins can be further programmed to add new features. The upcoming branded ‘Walmart Stablecoin’ is an example, where loyalty programs can be added for enhanced user experiences.

The main aspect of stablecoins is protection against market volatility. For cryptocurrency traders, they remove the hassle of converting crypto back to fiat and again back to crypto for exchange trading. Almost 75% of all Bitcoin trading takes place through Tether (USDT).

If banks start to compete with these coins, by creating their own versions at higher interest rates, the whole purpose of creating a stable financial system would be defeated. Monopolies could emerge, where tech companies use their proprietary data on customer information or use their networks to monetise services or shut out competitors. This is why Facebook’s Libra, which is also a kind of stablecoin, backed by a basket of real-world assets, is in trouble with US policy makers.

There could be an added threat, when citizens of weaker countries choose to adopt them instead of local currencies. Monetary policies could be undermined, and economic growth could land in the hands of foreign powers.

Loss of seigniorage is another issue. Central banks would find it difficult to capture the difference between the face value of a currency and the cost of manufacturing it.  If these coins do not carry any interest, issuers could siphon off profits, when the tangible asset backing it earns returns.

Right now, stablecoin regulations are in their early days. Stablecoins are, of course, subject to KYC/AML formalities, which creates high barriers of entry for people who want to own them. Associated ancillary services will need to evolve for validation and reconciliation of these assets. Digital asset to real-world asset audit frameworks will be important to preserve system integrity.

Nevertheless, they have valid use cases. Stablecoin projects could help the crypto industry gain the trust of banking institutions, which in turn could provide the much needed financial and regulatory backing. The fact that major central banks are considering their own digital currencies is proof of the future viability of stablecoins. If such backings occur, it could be possible to have a future where people use part fiat and part digital currencies for greater speed and security. 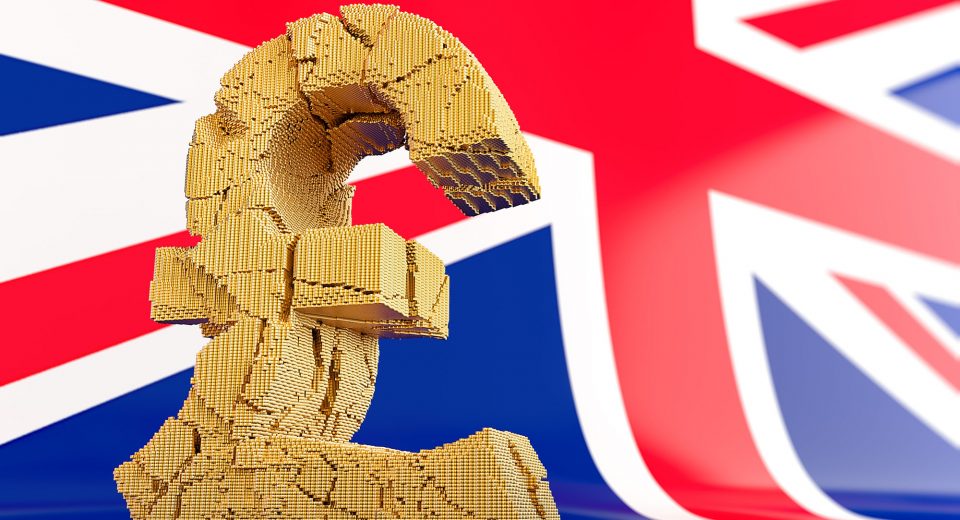 Brexit Might Happen Before February 2020. How Will it Impact the Pound Sterling?

Some Big Reports to Watch Out for in February 2020